As the Syrian civil war worsened, a massive refugee flow came in motion, mainly to neighboring countries but also towards Europe. The number of people that found their way into European countries took a huge peak in 2015. In Germany, the German Red Cross (GRC) needed an urgent triage solution to manage the influx of these refugees in a quick, efficient but humanitarian way. To complete this task, the GRC had been assigned a site near the town of Feldkirchen, Germany.

WRG provided a swift establishment of six polygonal semi-permanent structures of up to 50 meters span. These structures provided shelter and a place to rest for a large amount of people, before the triage process led them elsewhere for a more permanent stay. WRG managed the construction of these climatized structures, which was performed by a specialized construction company. The GRC and WRG set up a flexible rental contract for the maximum course of several years, which could be ended at the moment when the influx of new people was limited to smaller quantities again. This specific arrangement ensured a short period to be operational and allowed the GRC to reduce time and costs. 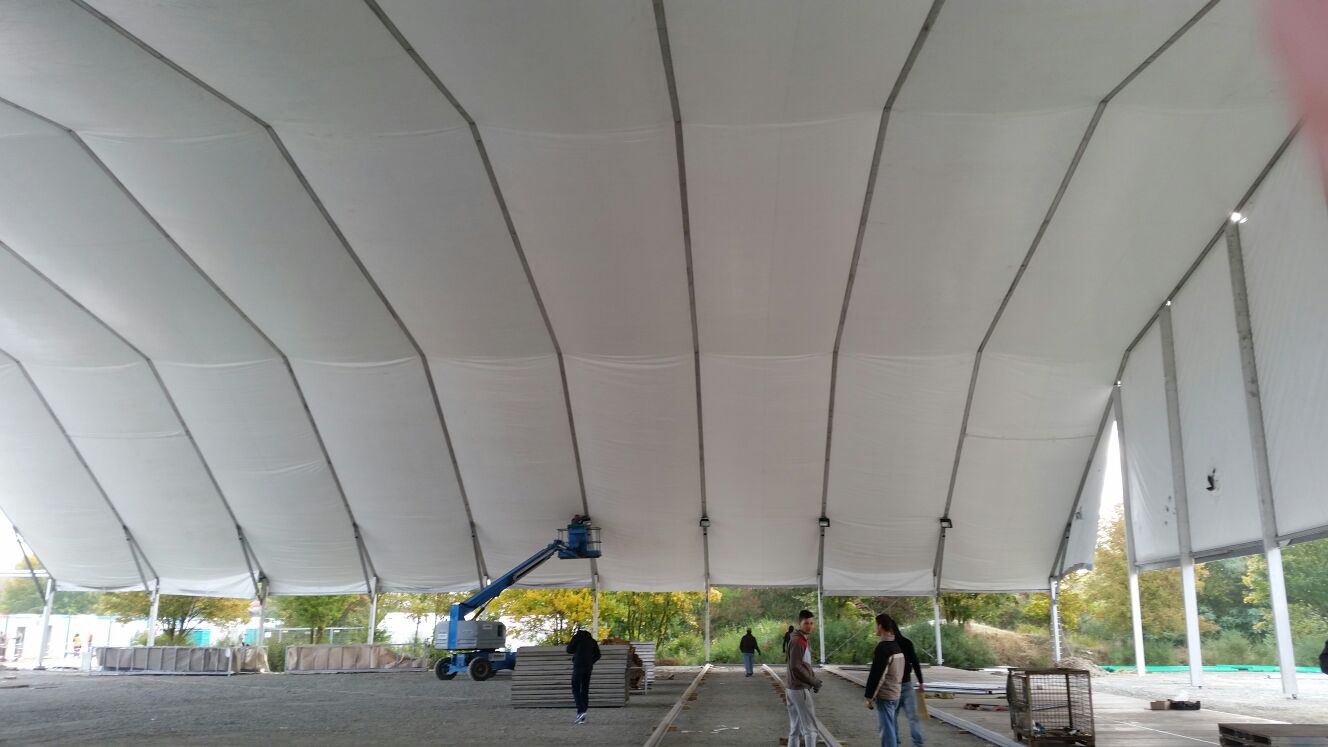 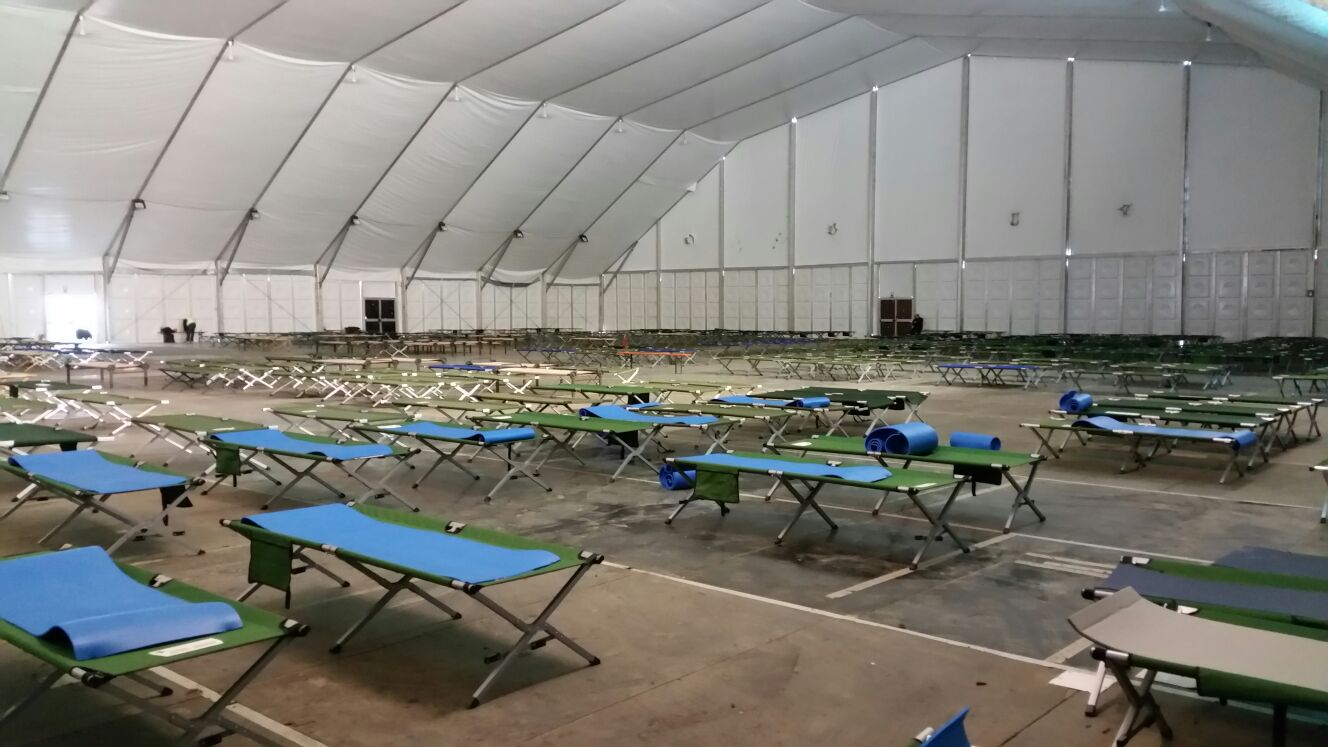 “Efforts were made to make the arrival for these new, often traumatized and tired, refugees as homely as possible”

The inside of the polygonal structures were also facilitated by WRG. Efforts were made to make the arrival for these new, often traumatized and tired, refugees as homely as possible. The structures contain heated collective areas, sleeping facilities and sanitary provisions. These basic facilities made it possible for these new refugees to rest and relax for a short period, before moving to other refugee facilities across the country. 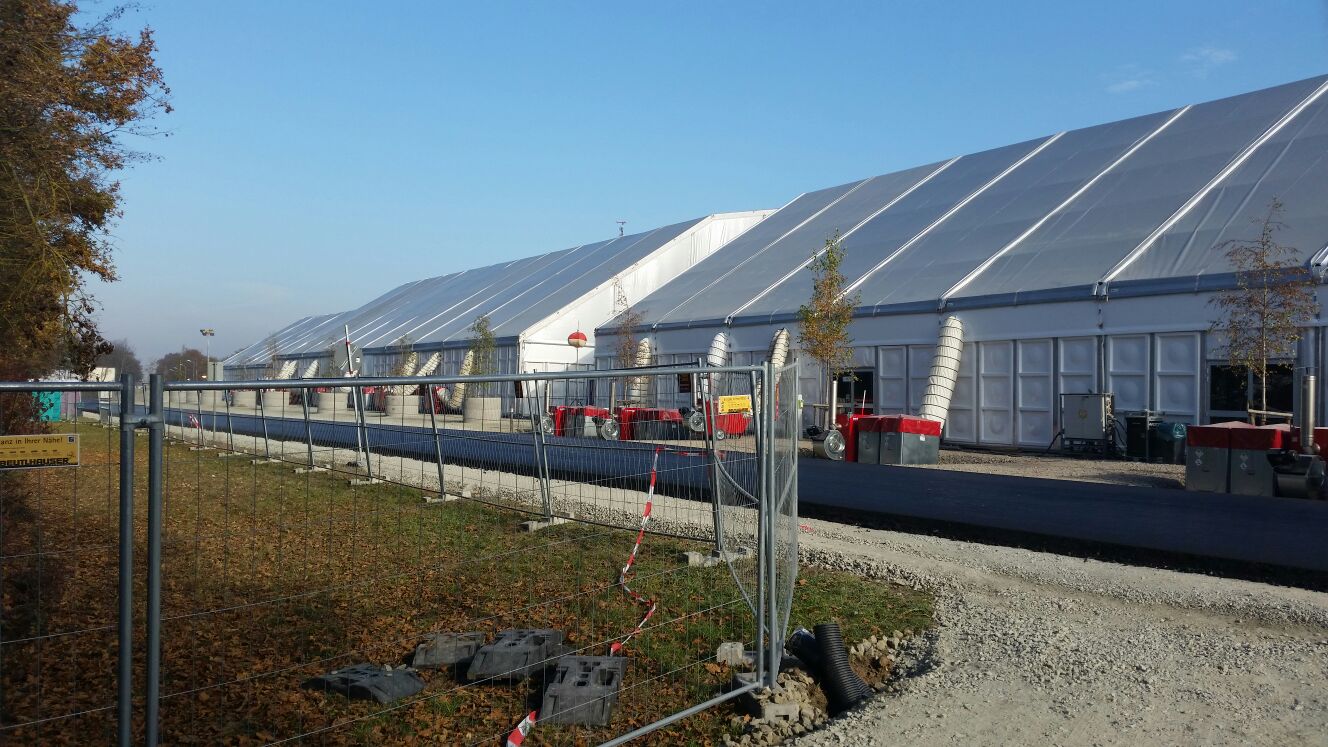 Through Google Analytics anonymous data on the surfing behaviour is collected on our website. This provides important statistics on the number of visitors, the pages visited, the traffic sources and other essential information with which we can continually improve our website for the users. These statistics are anonymous and cannot be traced back to a specific person or user. Read more about the use of Google Analytics.

Messages on our website may include embedded third-party content (eg YouTube and Vimeo videos, Google Maps and SoundCloud files). Embedded content from other websites act in the same way as when you visit the other website. These websites may collect information about you, including location data and user activity. Read more about the use of embedded content.